About Enter the Earth

Enter the Earth is a North Carolina based company owned by Nader Kawar.  We are a direct importer of rocks, minerals, and fossils from Madagascar.  We also produce and sell materials from other countries.  We have a retail store and wholesale warehouse in Asheville, North Carolina and a wholesale warehouse in Tucson, Arizona.  We underwrite the operations of a factory in Antananarivo, the capital of the country, and the Ocean Jasper® mines in the Sofia region of northwestern Madagascar. 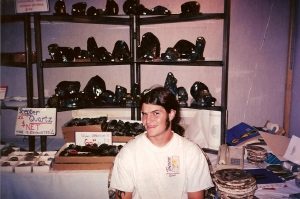 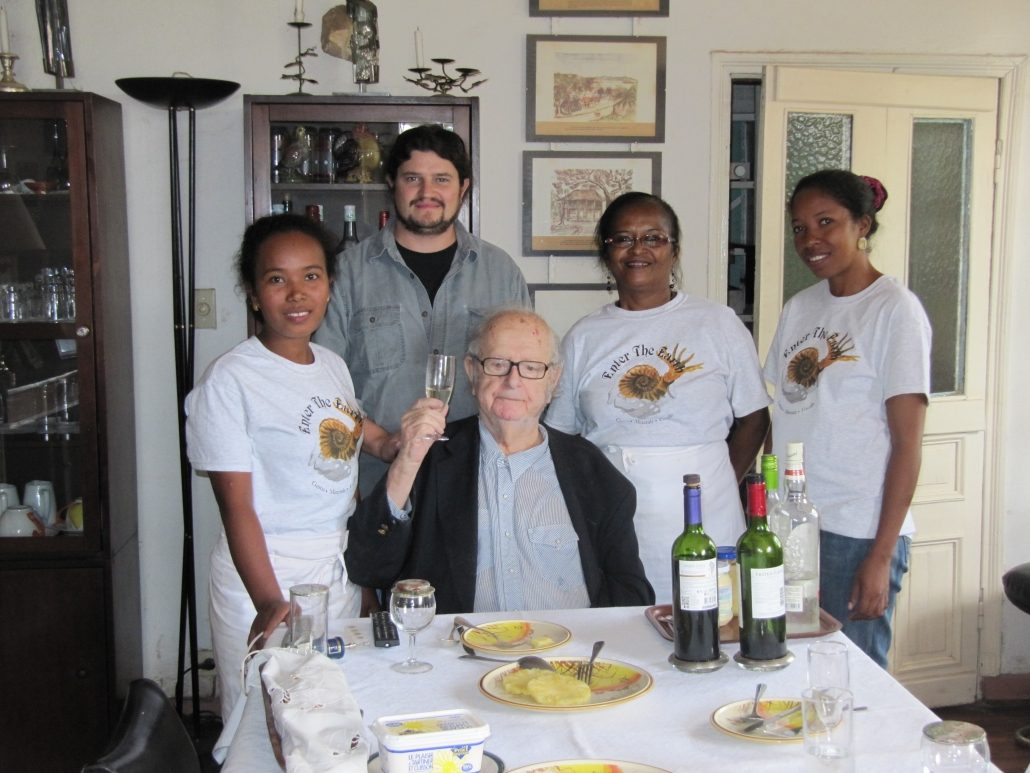 Nader began collecting rocks when he was a child in Wisconsin and turned his hobby into a business.  While visiting the Tucson gem show in 1998, he found a seasonal job with Paul Obeniche.  Paul began selling in the 1960’s and was one of the original dealers of Madagascan materials.  He is most famous for discovering Ocean Jasper® in 1999.  Paul would become Nader’s mentor.  He passed away in November 2020.

Nader started his own business selling stones at concerts and musical festivals, following touring bands like Widespread Panic.  Our name “Enter the Earth” even comes from their lyrics.  He visited Asheville, North Carolina and decided to open a retail store there in the Grove Arcade in 2002.  We moved into our current ~1,100 sq. ft. space in 2006.

We opened a second wholesale warehouse in Tucson, Arizona in 2020. 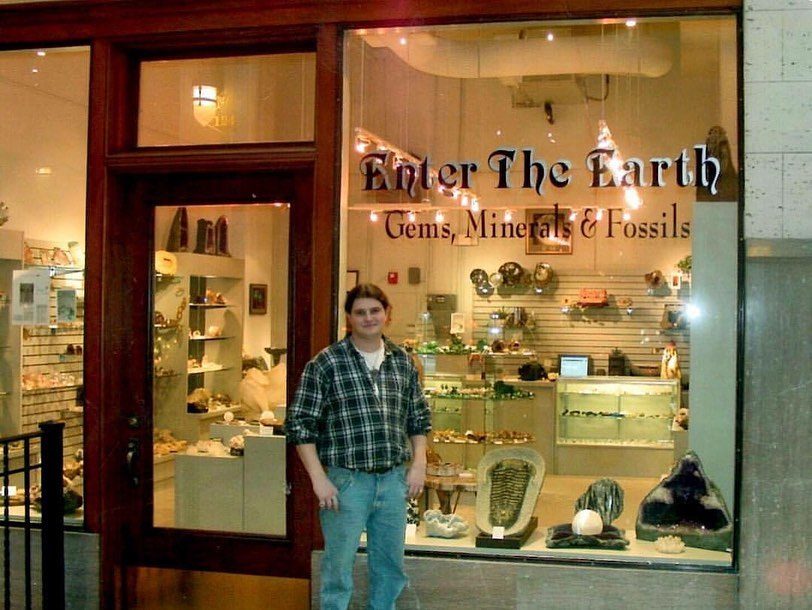 Get to know us a little better… 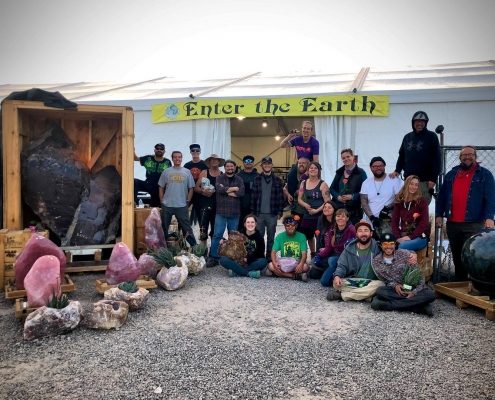 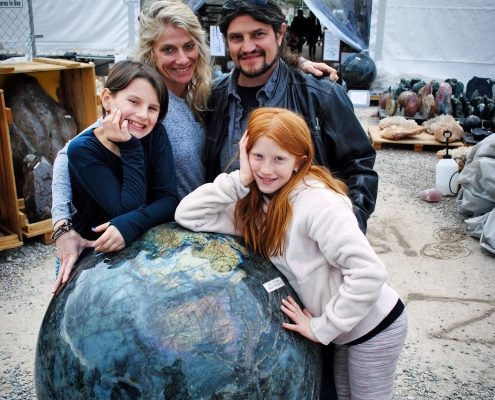 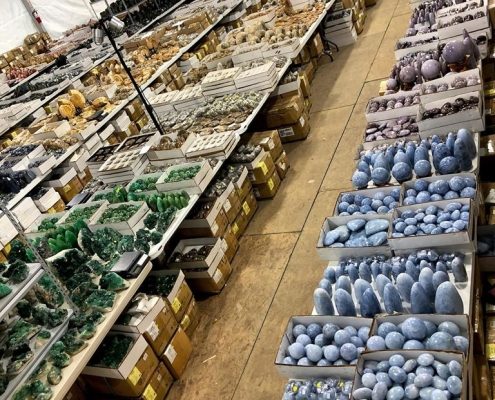 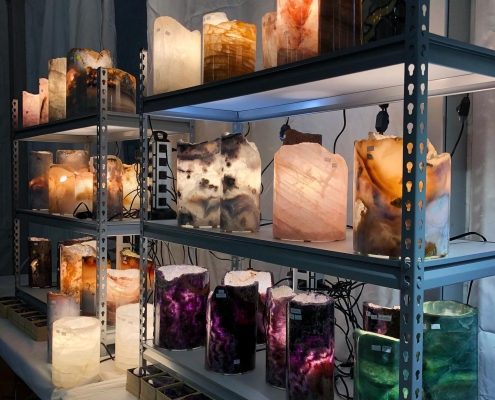 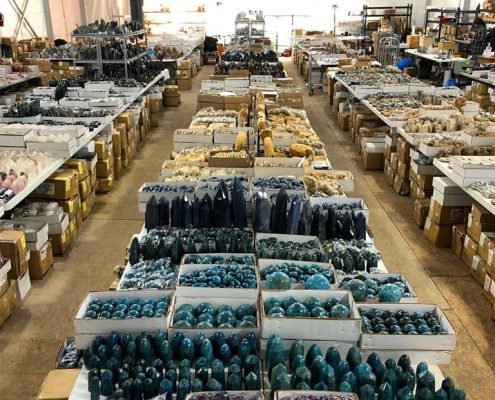 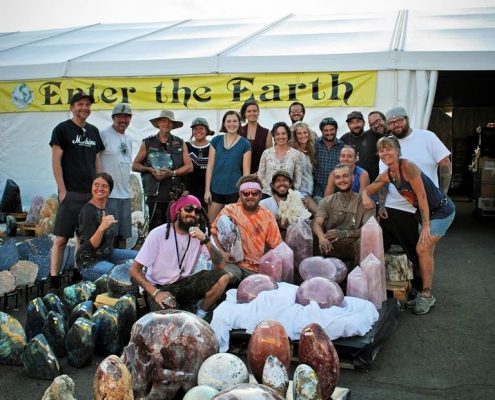 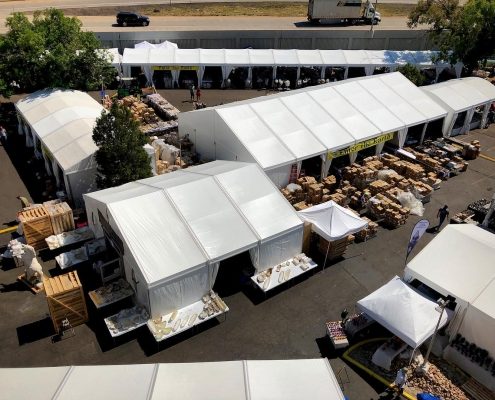 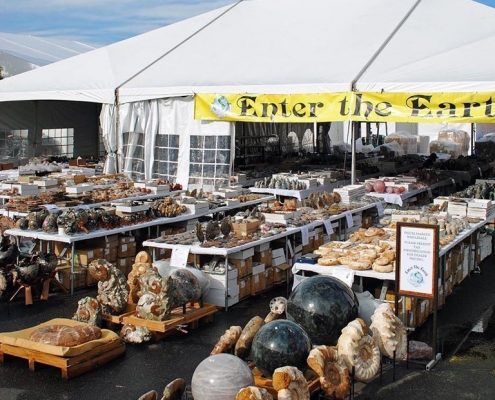 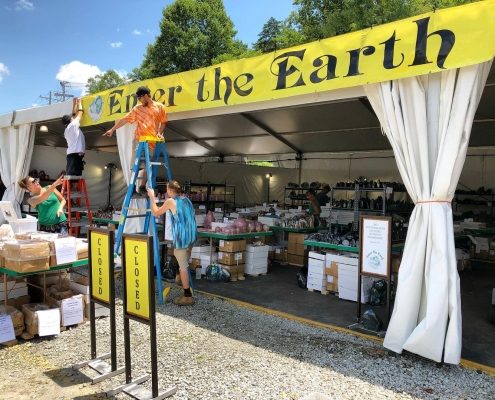 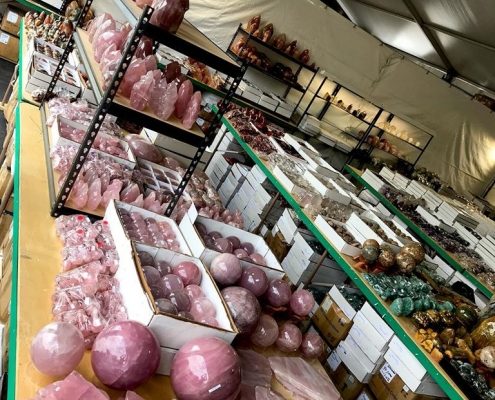 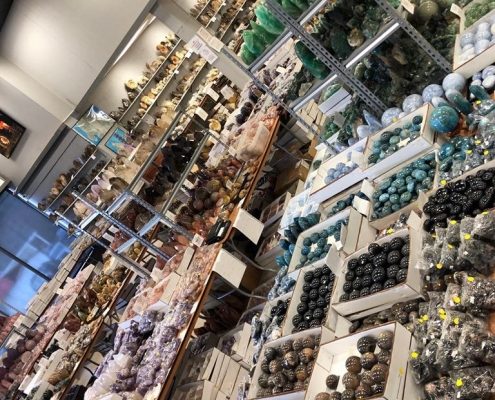 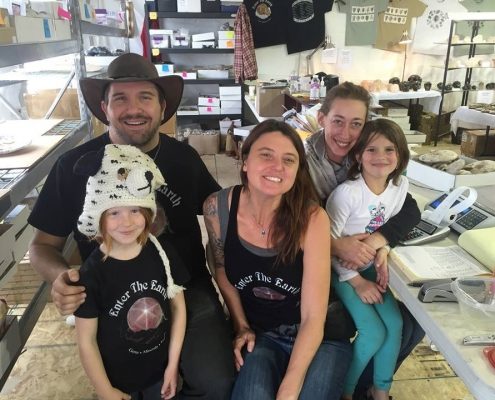 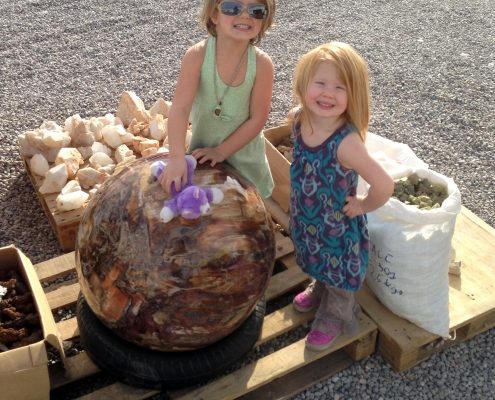 The Republic of Madagascar is about 250 miles away from Mozambique off the east coast of Africa. It is the fourth largest island in the world and is roughly the same size as California.

Madagascar began landlocked and ended up as an island in the Indian Ocean.  Just as South America and Africa look like two matching puzzle pieces, the eastern and western coasts of Madagascar appear to fit with Africa and India respectively.  These earth changes are more easily seen in the country’s paleontological record.  The separation from Africa created depressions on the western third of the island that developed into sedimentary basins over time.  Sea levels were much higher during the Cretaceous and Jurassic periods and parts of Madagascar were covered by a shallow sea, like the inland Western Interior Seaway that split North America in two.  Underwater sedimentation ended when the island was slowly uplifted during the separation of Madagascar and India. 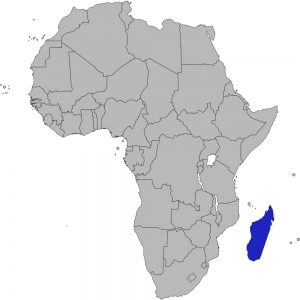 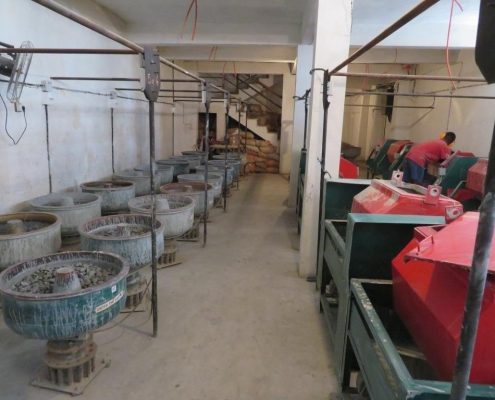 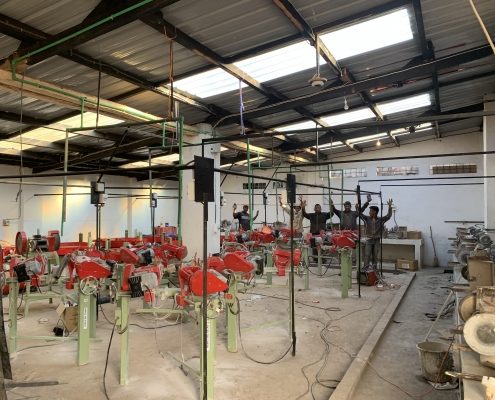 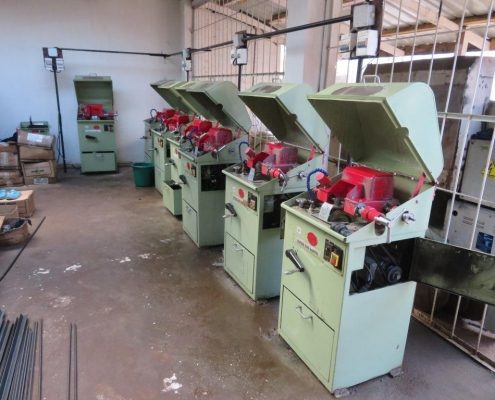 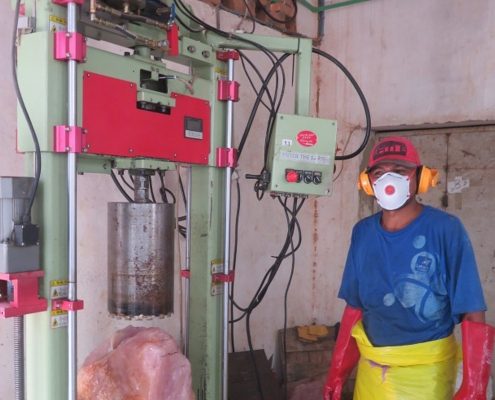 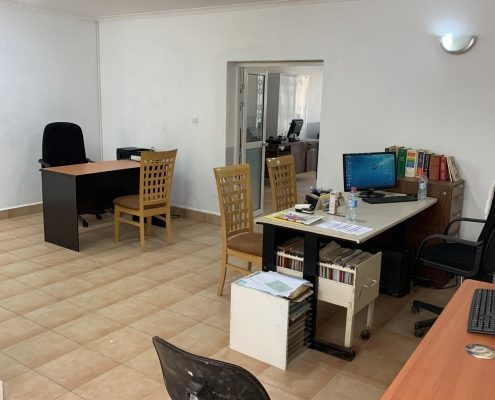 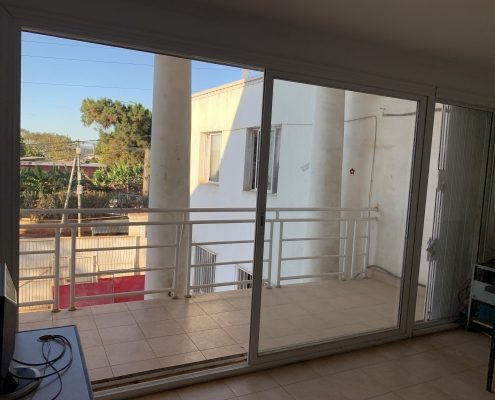 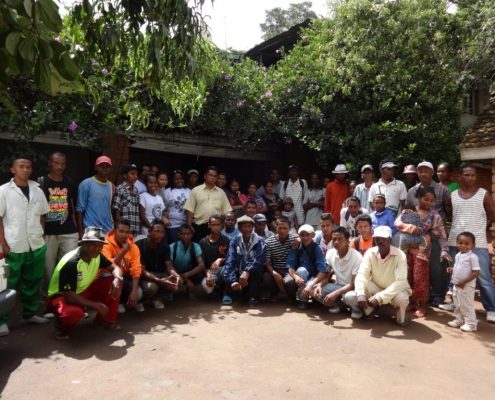 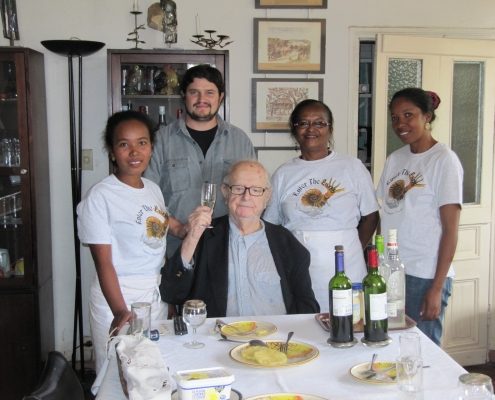 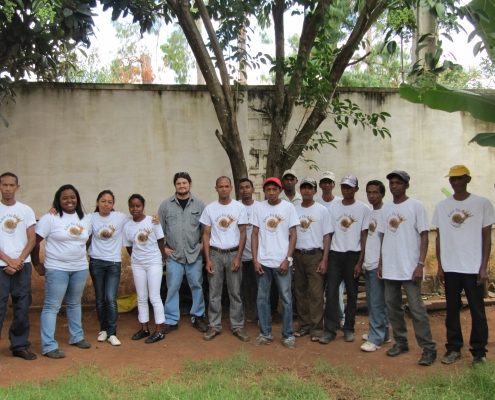 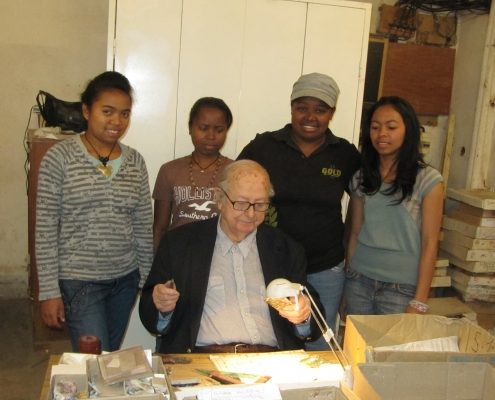 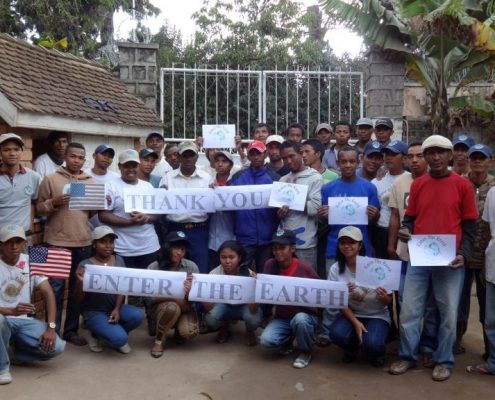